this has nothing to do with rectal drug delivery beside the fact that they are the notes infront of me right now.

…i have decided to blog…

my parents are back tomorrow!! im so excited!! how odd! reading blogs
from this time last year, my parents went away to hk aswell during my
study leave. but last year i didnt take it very well…. i was mega
STRSSED out and had a hard time looking after myself. this year…. im
perfectly fine! no stress what so ever! but is nice to have them back
coz they are bring me back loads of stuff (including my new camera
baby!!) i miss NON-FROZEN food i really do…!!

exams exams exams…. i still have loads to do but im…not stressed!
for once…im not stressed… is a weird feeling to have before exams.
revision is boring but really… is not too bad…. some stuff im
learning is actually pretty interesting…. (yes that includes rectal
delivery..) but i still have to focus alot coz there is still SO MUCH
to go through.


i cant believe God has managed to change me…. changed the way i face
exams..!! past 3 exams i have had , i suffered from MAJOR stress-age…. i am
generally a stressful person anyway.  but i can see how God is
changing me into a more restful person. still a long long way before i
GET there…. but taking my baby steps 🙂

I CANT BELIEVE MY BABY WILL BE HERE WHEN I WAKE UP IN THE MORNING!
is a shame i have to go into work tmr…. oh well 🙂

im too happy to sleep….oh dear….

about 2 months ago things got very bad… i had one of those
I-NEED-A-BF crave. i needed to be loved, valued and i needed someone to
love. i would battle with satan everyday as he tries to tempt me. i had
a hard time coming to terms with WHAT and HOW i actually felt.

i record one night… i just broke down… crying like there was no
tomorrow. and for the 1st time i told God what i wanted in terms of
relationship. i told Him everything i thought i need, i told Him that
it wasn’t fair how everyone around me have experienced it and i haven’t.
and i went on and on and on…. but in the end i told Him i prefer His
will. it made such a difference TELLING God what i wanted. He didn’t
grant me those things i wanted (ie. an instant bf) but He gave me peace
in my heart.

two weeks ago at 360. kalun gave a talk on giving our lives to God. i
have always said i will give my life to Him etc….but this time i
really understood what it meant. giving something up to God means
saying to God….’ok, this is what i want, but if it is Your will to
take it away from me, i will be ok with it because You have the better
plan’. then i thought to myself…. i dont really have much that i
haven’t yet given up to Him…. but anyway i asked God to show what i was
holding on to in life.

for as long as i can remember. my plan for the future was to fall in
love, get married and have kids…. that was my solid plan FULL STOP.
when God pointed at THAT and ask me to submit to Him my reaction
was…. NO WAY! THATS HARSH!!! i cried…. i cried because that was
something i really wanted….i EXPECTED it to
happen. i mean….mostly everyone end up having kids and stuff right?!
but anyway… i did give it up to Him…. i said to God…..’ok, if
Your plan for me in life is to not get married. so be it because i know
You will have other ways of fulfilling me’

does this mean i will remaind single all my life? maybe, maybe not. but
all i know is…..it doesn’t even matter… i will not LACK anything if
i dont get married coz my God is ENOUGH for me. right now i may not
know how He is going to do that….but i know He will show me.

i realised that i was so anxious about  finding the right guy and
everything because i PLANNED to be in a relationship and get married…
not once have i ever asked God if that was His plan. i just went ahead
and assumed….without knowing if it is best for me or not!!!  now
that i have submitted it to God, i feel so much lighter. it is no
longer important to me enough for me to worry about. even though im not
perfect right now and i still have my insecurities. i know that God is
in total control

after watching august rush and enchanted… normally after watching
lovey films i’ll get jealous at the characters finding love. but this
time it doesnt even bother me!! it can only be the transforming power
of God! i dont need a fairy tale to get my happy ending because i’ve
got Him!

You are more than enough for me 🙂

“Search me, O God, and know my heart;

test me and know my anxious thoughts.

See if there is any offensive way in me,
and lead me in the way everlasting.”

i no longer feel that way
i no longer think there is something missing in my life
i no longer hold on to me dream
i know that You are enough
i surrender my desires to You
do what You need to do
You know me so much more than i can comprehense
i actually love You….BARE!! 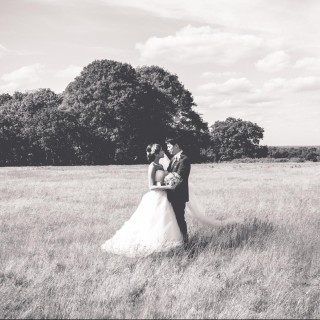 We are Mr and Mrs Chau. Newly weds trying to take in and capture the beauty of this world as much as we can.